Formally named Colony & Fisher Arms was an acquisition and historic rehabilitation consisting of 161 family apartment homes, including 9 efficiency units, 104 one-bedroom units and 48 two-bedroom units. The property is adjacent to the “Gold Coast” historic neighborhood of the East Jefferson Avenue corridor. The property is surrounded by the many iconic properties in the City of Detroit, including the Detroit Water Works Park, the Berry Subdivision of the Mayoral Residence, the Manorial Mansion.

The property was originally built in 1924 and was improved with a moderate rehabilitation in 1985 with no significant improvements having been made since. This historic renovation will be a rehab of the existing structures only with no additional square footage being added.
The development is bringing over $24million of investment to the City of Detroit. Cinnaire provided Housing tax credit and Federal Historic Credits as a source of financing, covering $18 million of total development costs. 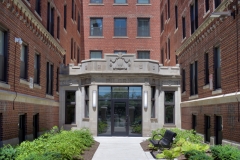 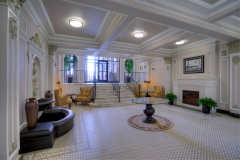 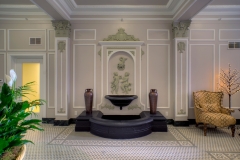 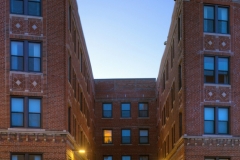 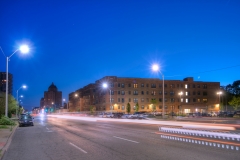 What Others Are Saying About Us

We were aspiring to take one of our HUD projects through a LIHTC transaction to receive much needed rehab of a senior building in Detroit.  We weren't equipped to handle the process ourselves and not knowing where to turn, CCA came highly recommended by a colleague.  We haven't looked back since.  David Prout and the CCA team guided us and the nonprofit owners through the full development process.  They took the worries out of our hands and led us down the path.  Their vast knowledge of the LIHTC process; working with he governmental agencies; obtaining LP investors and the smooth construction process during the tenant in place rehabs were over the top.  They are true leaders in the industry.  We have since taken three other projects through the process and another in the pipline.